They Had Goat Heads by D. Harlan Wilson

“…a vampire novel ripe for the masses…” 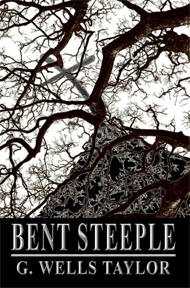 I am a big fan of G. Wells Taylor. He has been around a while now and has a string of novels behind him, but sadly has thus far been largely ignored by mainstream publishers. It’s a shame because he really is a talented writer. Many of his works, including a new amalgamated version of last year’s serialization, The Variant Effect (reviewed in MT9’s review supplement), are available for free download from the website listed above.

This offering, Bent Steeple, has been kicking up a little bit of an underground storm in recent months. Often compared to Stephen King’s classic vampire yarn Salem’s Lot, the subject matter isn’t worlds apart and it has the same kind of feel. This is what happens when terror comes to a secluded small town.

In the case of Bent Steeple, a town struck by a mysterious deadly disease thirty years earlier, the catalyst for a new wave of horror is the discovery of twenty-three horribly mutilated murder victims at a farm. The incident becomes known as the Morelli Massacre and brings together a varied mix of primary characters including a femme fatale with a drinking problem and a secret past, a jaded loose cannon cop on a vendetta, a horribly deformed guy with otherworldly powers, and an amorous washedup TV anchor man. As the story builds towards its bloody climax, Wells-Taylor grabs all the loose story threads and does a manful job of weaving them into a rope and trying to strangle you with it.

Despite its length it is a fast-paced read, and no taboo – corruption, inherent racism, paedophilia, incest – is left untouched. At its core Bent Steeple is a vampire novel ripe for the masses, hence the justified comparisons with Salem’s Lot. But Wells-Taylor doesn’t bother himself (or us) with the modern limp-wristed, sanitized vamps the Twilightgeneration has become accustomed to. His version of bloodsuckers harks back to the original Prince of Darkness in all his disgusting, loathsome glory. This is one creature of the night that you definitely wouldn’t want to start a love affair with! 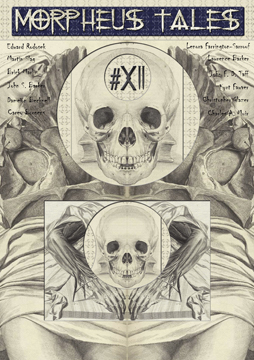