Get Dracula of the Apes in Paperback 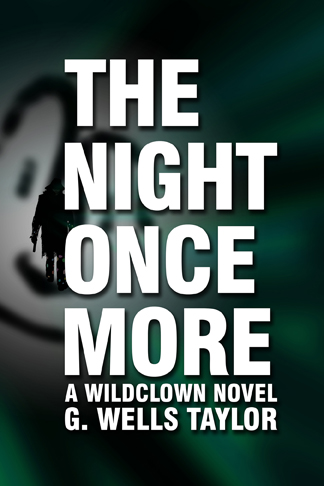 The Night Once More: A Wildclown Novel by G. Wells Taylor is available for pre-order at select locations starting this Halloween in advance of its December 10, 2015 launch.

In The Night Once More a wanderer on the road keeps losing track of time…and place. His only clues to who he is come from the many fatal wounds on his body and the recurring nightmares of a doomsday cop, a gunslinging clown and a maniac on a mission from God. Are they echoes from his past life, or is he haunted by something that followed him back from the grave?

For now, he believes that a life can be saved if he can just remember his name.

In The Night Once More return to the World of Change where people stopped aging, the dead rose from their graves, it started raining and it’s been raining ever since. But a guy’s got to make a living, doesn’t he?

In The Night Once More, G. Wells Taylor returns the reader to a unique setting that mixes gothic horror with the two-fisted pragmatism of a hard-boiled detective novel.